Art inspires artist. Countless works of art that we laud over draw inspiration from a piece or a body of work that preceded it. We talk about people who are disciples or students of a particular master artist and how their work is influenced by them. On a smaller scale, artist draw inspiration from other's work even if it isn't a master/student relationship. Sometimes you see a treatment of a particular subject and you then want to put your own spin on it.

Photography is no exception to this phenomenon. There are people who try to recreate Ansel Adams shots and perfect his Zone System, for example. I bring all this up because recently a friend showed me an engagement shoot for a friend of hers and the photographer used a very interesting prop. I commented that I liked the idea and then bemused the fact the I couldn't now use that prop myself. She wondered why and I said that I felt it was photographic plagiarism. I think that when you take another photographer's creative idea and use it as your own, it's bad form. But am I right to think that? I read countless photo magazines and see techniques that I would like to try. Sometimes I will see a creative shot and try to recreate it to get the technique down. However, learning new techniques is different to me than copying a creative rendition. It's the difference between learning HOW to shoot a bride or a child in a particular light and trying to exactly recreate another fellow artist's composition.

This for me becomes complicated when a CLIENT sees a pictures and wants to recreate the same thing. Should I tell the client no, that's not MY idea so I can't use it? Should I be crediting the original photographer for the idea somehow in my photograph? Do I even have bother with all of that? I wonder how I would feel if I did something creative, posted it on my website, and then saw a replica of it in a magazine the next month. Would I feel flattered or robbed? I honestly don't know and therefor I don't know how the photographer that I'd be borrowing creativity from would feel either! Unfortunately, this happens more often than not. I guess I'll have to keep playing by ear and hope I don't ever piss someone off...or vice versa!!!!

Still staying in focus...see you in the next frame.
Posted by Hayden at 7:44 PM 8 comments: 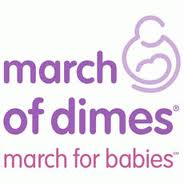 Only EIGHT days left in this month's Greene Light Photography contest that benefits the March of Dimes March for Babies this Sunday (May 1st). What's in it for you?
One 11x14 CANVAS print!
This one is simple:
That's it!!
Last day to enter is May 3rd at 5:00
Good luck and thank you for HELPING THE BABIES!
Posted by Hayden at 8:13 AM No comments: 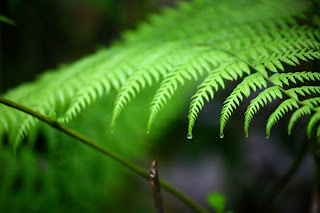 A photographer is skilled in capturing the image of relationships; relationships between a couple, or between family members or the relationship of a person to their surroundings. What photographers tend to have more difficulty with is maintaining relationships with their clients. Those interested in the artistic side of the photography tend to want to capture a great picture and move onto the next subject. There is soooooo much to capture in this world that it is hard to concentrate on one subject or subjects for a long time or for multiple times. At the very same time that that thought process is going through our heads, it is well known that artist have muses; people or things that inspire us to create beautiful images. We try to maintain a relationship with these people as much as possible. Which brings me to the topic of this blog. Cheating.

Quite often, a client will not be able to use you again. It may be because you shot them originally because you happened to be in their town and they live far away. Or maybe they could only afford your fees that one time. Or (gasp) they didn't like working with you or didn't like your finished product. The reasons are endless. These days where every picture people take or have taken end up on Facebook and sometimes you see people that you worked with displaying pictures taken by another photographer. Sometimes it's Sears-like stuff but sometimes it's professional artistic stuff and then we photogs feel cheated on....well at least I do! Hahahaha As I mentioned, I know that there are many factors that go into a client using another photographer but it's always a weird feeling to see someone that you were able to create amazing images with using someone else. But should I? Do fashion photographers feel a tinge of jealousy when they see a model that they used show up in another persons portfolio? Probably not.

As always, staying in focus...see u in the next frame.
Posted by Hayden at 3:01 PM 6 comments:

Geeking out about photography tech...

Technology has taken us to new places with photography. The most obvious of them is digital photography but there are some other simple things that make our life easier as well. Recently, I shot a wedding and as used some of the toys in my bag, I realized just how much technology comes into play with photography.

At this wedding, I didn't have a second shooter so I was only going to get the shots from the two cameras strapped around me. I then remembered that I had a remote trigger for my flash that DOUBLES as a remote shutter release. I set up one camera on a tripod behind the officiant and therefor I was able to get shots of the couple with their guests behind them. It didn't work as well as I would have liked because I got a bunch of shots of the officiant's back but the technology worked well. I just have to pick a better spot next time.

I was also able to place that camera back there and know that, if I did pick it up in one of my images, the technology also existed where I could very easily erase it as if it were never there. That process used to be laborious and splotchy at best in the past. Not it's ridiculously easy.

Speaking editing software, wide angle shots are now easier to create. I happen to own a Fisheye lens which has an 180 degree range. That means that I can take a picture and capture almost everything from my left and the right peripheral sightline. The problem is that as you get to edge of the image, everything gets warped. The easy solution is to take a bunch of pictures and stitch them together in an editing program. Everyone looks normal and you have a nice wide angled shot.

There are many more examples but you get the point. Photographers used to show up to events with their cameras and shoot and then a week later hope that the images turn out the way that they wanted them to. Now there are so many ways to fix or augment your shot that shutterbugs are allowed to be creative, even at a stress filled event like a wedding.

That's my focus...see you in the next frame.
Posted by Hayden at 1:47 PM No comments:

Hey everyone! I am proud to announce the winners of the the two contests that Greene Light Photography ran in the month of March.

And now for the Mystery Picture contest

Look out for more giveaways this spring and keep checking the site for new pictures every week.

Staying in focus...see you in the next frame.
Posted by Hayden at 7:24 PM 3 comments: 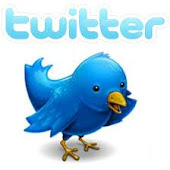